Get the latest creative news from FooBar about art, design and business.

Why Does My Dog Have Bruises?

Why is My Dog Coughing?

The Labrador Retriever is one of the easiest dog breeds to recognize. That probably has to do with the fact that they’ve been the country’s most popular dog breed for the past 28 years in a row. We can’t resist their goofy personalities and unwavering loyalty.
If you’ve ever loved a Lab, you probably already know a thing or two about this popular dog breed. Like the fact that they’re always hungry and know exactly how to work those puppy dog eyes. Labs also have a great work ethic and a desire to please their people. It’s part of why they make such great family members. But even with Labrador Retrievers in thousands of households near you, there are still a few unknown facts about this incredible dog breed.

Test your knowledge here! How many of these Lab facts did you already know? 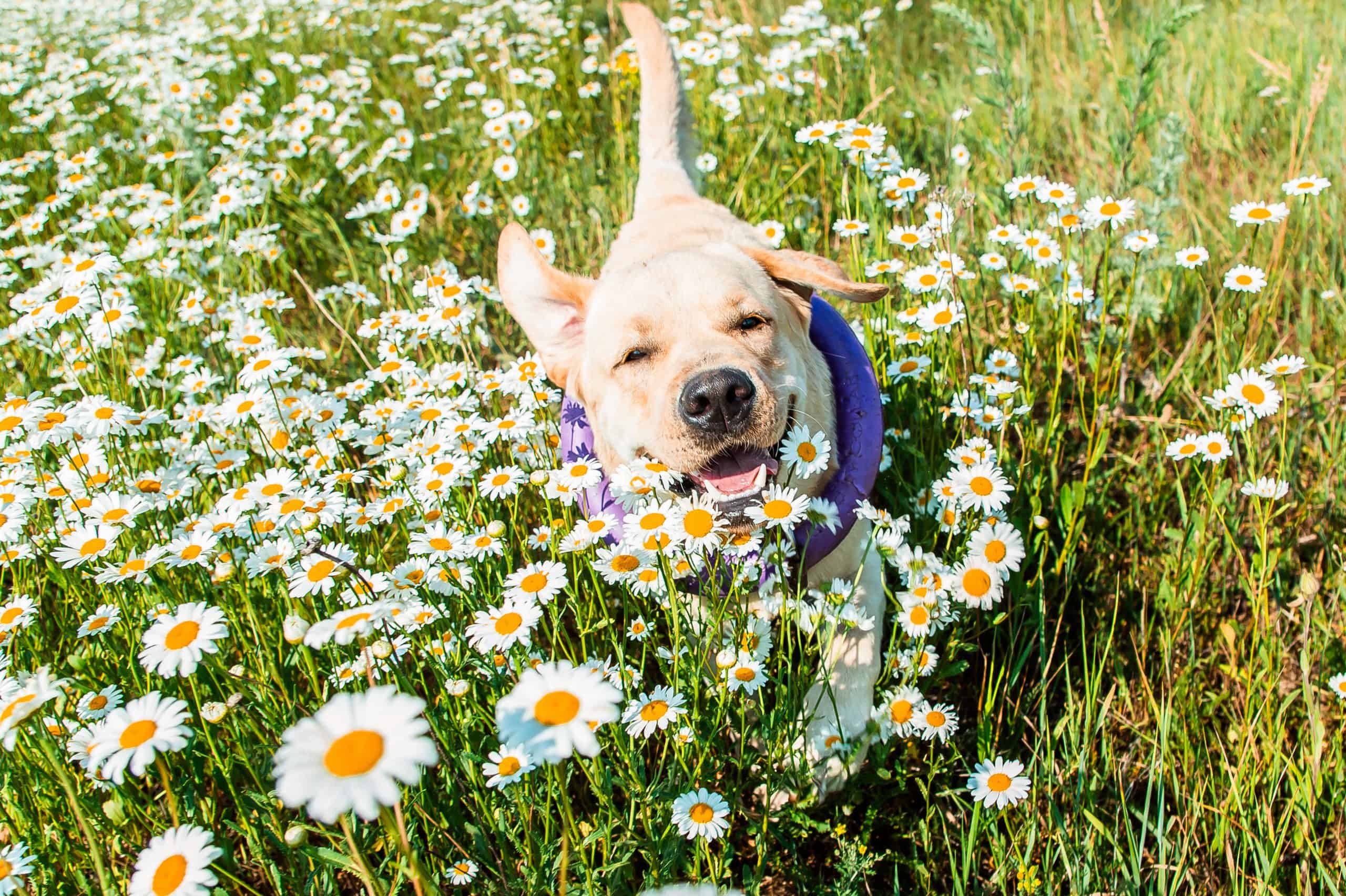 1. They’re not actually from Labrador.

They’re originally from an area of Canada known as Newfoundland. No one knows for sure why they’re called Labradors, but there’s a theory that the Earl and Duke of Malmesbury started calling them that in the 1800s.

They were the result of breeding the large Newfoundland dogs to smaller water dogs. The breeds have changed over the years, and the St. John’s Water Dog is now extinct.

3. Labs almost went extinct in the 1800s because Newfoundland put a tax on them.

There was a heavy licensing fee for dogs and a new policy of only one dog per household. These rules were put in place to encourage people to raise sheep and stop dogs from becoming a menace. Quarantine laws also made it impossible to import dogs from other countries. 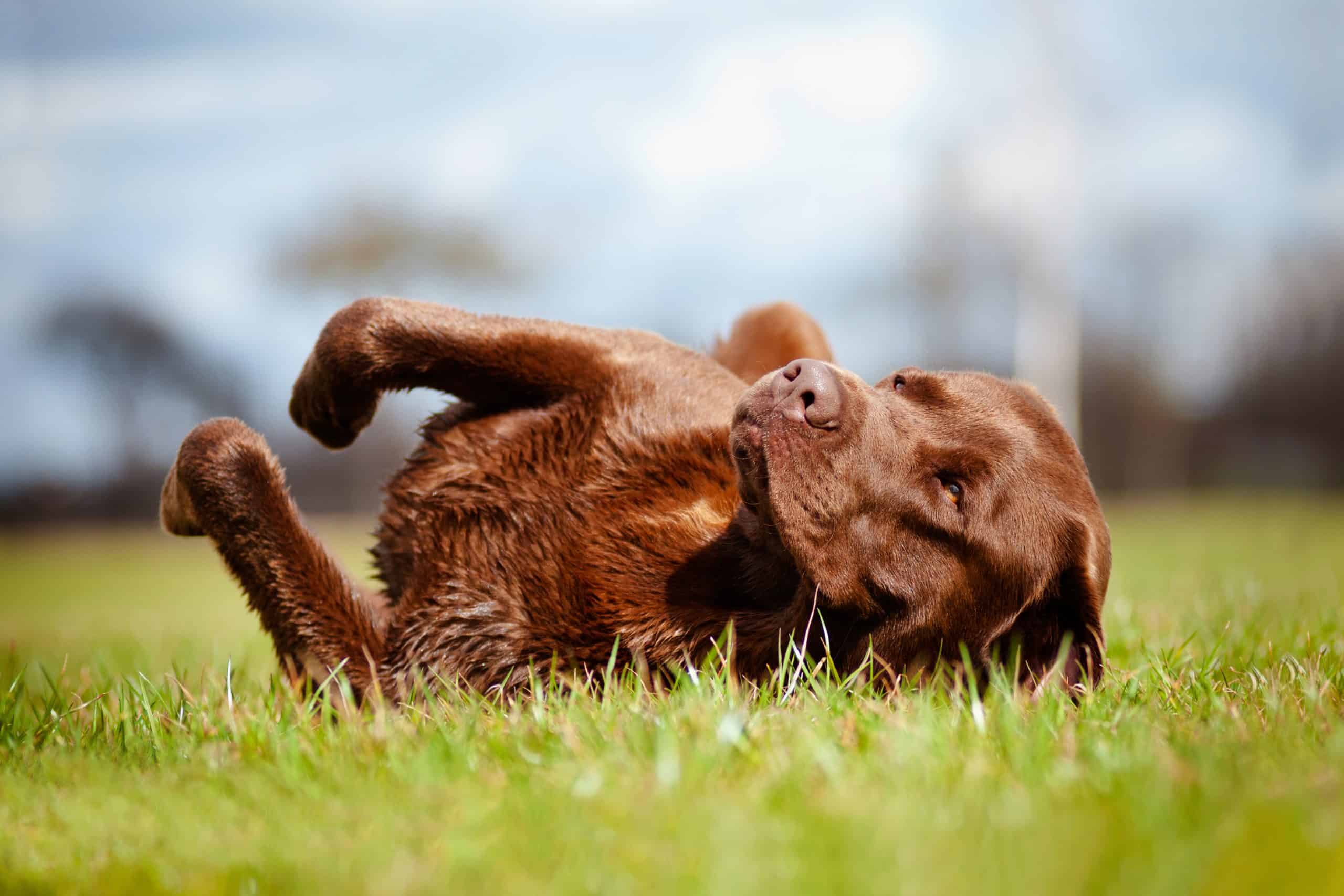 4. Despite nearly becoming extinct, Labrador Retrievers became popular enough to be recognized by the Kennel Club in England in 1903.

The American Kennel Club followed suit with their first registered Labrador Retriever in 1917.

They can reach a speed of 12 miles per hour in three seconds. This athleticism makes them great sporting dogs.

6. Most people know that Labs come in three colors: yellow, black, and brown.

But did you know that one litter of puppies can have all three colors? It all depends on what dominant and recessive color genes the parents have.

7. There are silver Labrador Retrievers,  but they aren’t recognized by kennel clubs.

Silver Labs are bred to have a dilute gene that turns brown fur into a pale grey. They’re also the center of one of the biggest debates in the dog world. Some believe they’re only a result of inbreeding and threaten breed purity. 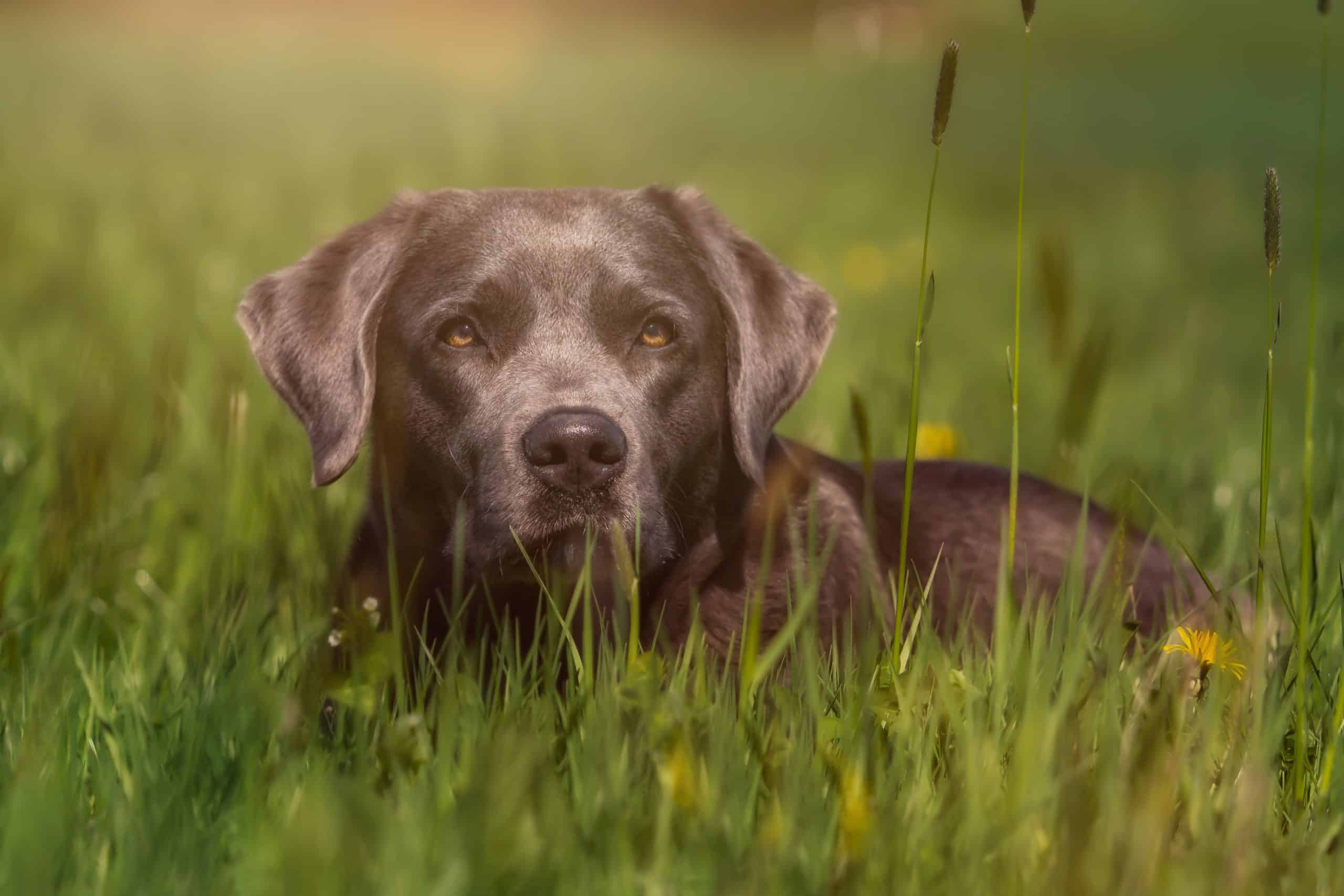 People choose Labs for professional work because they’re easy to train, friendly with people, and have a strong work ethic. They’re one of the most versatile working dog breeds in the world.

9. A Lab/Rottweiler mix named Bosco ran for honorary mayor of Sunol, California in 1981—and he won.

Bosco beat out two human candidates and served his mayoral term until he passed away peacefully in his sleep in 1994. His town honored his memory with a statue in 2008.

Like otters, Labs have a double coat to protect them from water, they have webbed toes, and they’re adorable. 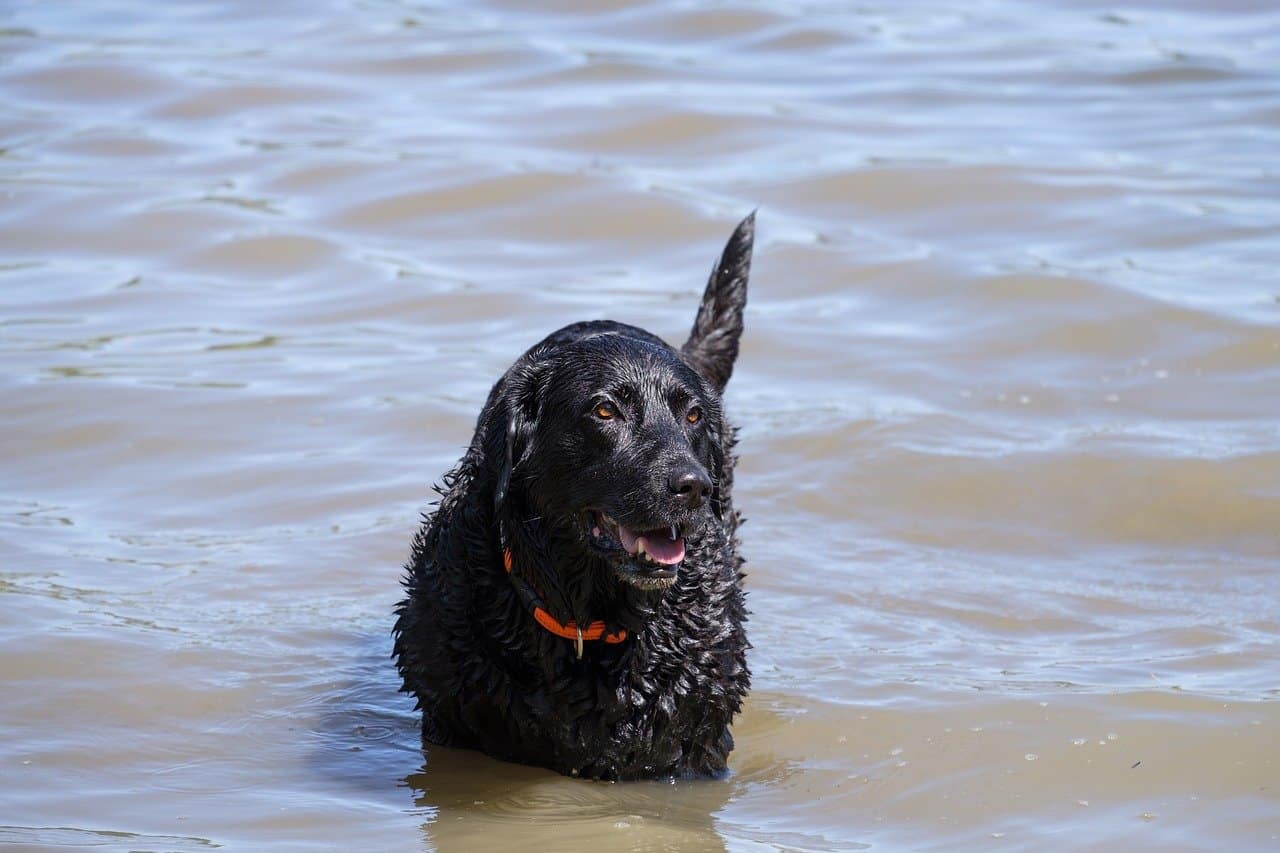 11. While Labradors are known for being great gun dogs, they were originally bred to help fishermen.

Their waterproof coats and strong swimming skills made them perfect for the job. Fishermen trained their Labs to pull in heavy nets and retrieve escaped fish.

12. While most dogs are considered adults by the time they’re 18 months old, Labs aren’t considered fully mature until their fourth birthday.

Labs mostly stop growing once they hit their first birthday, but they’re not ready to leave the puppy stage. Even older Labs are known for their silly, puppy-like tendencies. 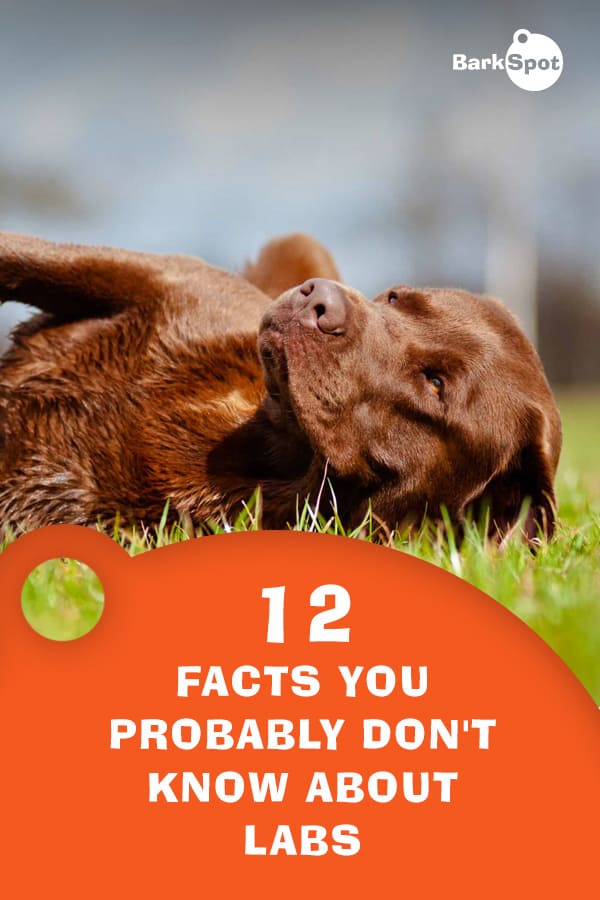 Canine 411: All About The Schnauzer

What is the Best Food for My Goldendoodle Puppy?

Want Another Pup? Here’s How To Know When You Should Get A Second Dog

What’s The Best Way To Show My Dog I Love Him?

How To Tell If Your Dog Really Loves You

We use cookies on our website to give you the most relevant experience by remembering your preferences and repeat visits. By clicking “Accept All”, you consent to the use of ALL the cookies. However, you may visit "Cookie Settings" to provide a controlled consent.
Cookie SettingsAccept All
Manage consent

This website uses cookies to improve your experience while you navigate through the website. Out of these, the cookies that are categorized as necessary are stored on your browser as they are essential for the working of basic functionalities of the website. We also use third-party cookies that help us analyze and understand how you use this website. These cookies will be stored in your browser only with your consent. You also have the option to opt-out of these cookies. But opting out of some of these cookies may affect your browsing experience.
Necessary Always Enabled
Necessary cookies are absolutely essential for the website to function properly. These cookies ensure basic functionalities and security features of the website, anonymously.
Functional
Functional cookies help to perform certain functionalities like sharing the content of the website on social media platforms, collect feedbacks, and other third-party features.
Performance
Performance cookies are used to understand and analyze the key performance indexes of the website which helps in delivering a better user experience for the visitors.
Analytics
Analytical cookies are used to understand how visitors interact with the website. These cookies help provide information on metrics the number of visitors, bounce rate, traffic source, etc.
Advertisement
Advertisement cookies are used to provide visitors with relevant ads and marketing campaigns. These cookies track visitors across websites and collect information to provide customized ads.
Others
Other uncategorized cookies are those that are being analyzed and have not been classified into a category as yet.
SAVE & ACCEPT